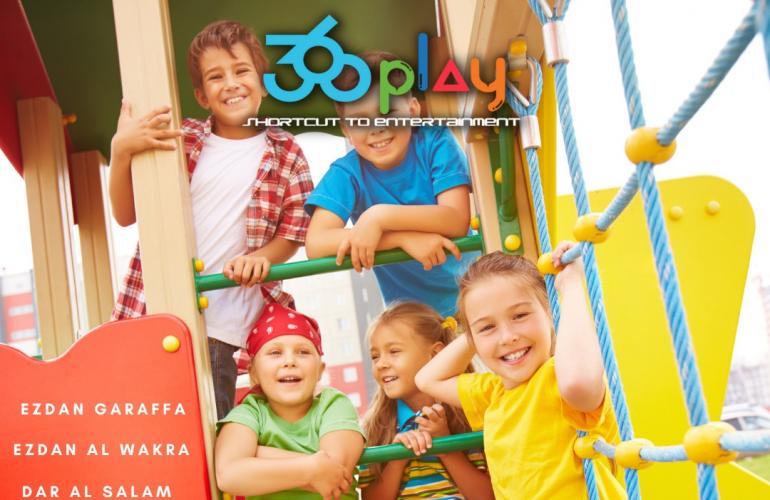 Abu Dhabi is quite beautiful. That is why, like adults, children love to visit this place several times and have great fun. To make your holiday with children in Abu Dhabi perfect, you should prepare for it in advance. Emirate confidently competes with neighboring Dubai in scope, luxury, and variety of entertainment for family tourists. So, we have prepared a list of the best water parks, entertainment centers, modern attractions, and unusual excursions in the capital of the UAE. Then, you can go there with your kids and have great fun and entertainment.

If your child loves a thrill, take him to Yas Island. Here, you can find several centers with attractions, and the Formula 1 Grand Prix is ​​held annually. You can cheer for professional racers at the Yas Marina circuit and feel like a real street racer. Also, try your hands on a racing car which costs only 500 dirhams. Under the red roof of the Ferrari World theme park, guests are greeted by a museum of the legendary vehicle, carousels, a go-kart track, racing simulators, and the world's fastest Formula Ross rollercoaster. In just 5 sec, it accelerates to 240 km / h.

You can try out the world's first hydromagnetic water slide, "Tornado," or shoot from water cannons while descending from a height of 550 m at Yas Waterworld. We recommend purchasing one ticket to two parks (Ferrari World and Yas Waterworld) for 335 dirhams - the child will be delighted with such a combo.

Tourists can immerse themselves in the world of Superman, Batman, and Cartoon Junction cartoon characters at Warner Bros. Park. World. This fully covered complex on ​​15 hectares, offering a whole string of roller coasters, tunnels, mazes, puzzles, and interactive quests.

An absolute must-see on Yas Island is CLYMB Park, where the highest climbing wall in the world and the most powerful wind tunnel with a width of 9.75 m are waiting for tourists.

You can look into the eyes of cheetahs, hyenas, oryxes, ostriches, and giraffes at the Wildlife Park on the island of Sir Bani Yas. This is another example of an Arab miracle. After all, a once empty and barren piece of land turned into a national reserve by decree of the first President of the UAE, Sheikh Zayed Al Nahyan.

The island has become home to 8 million trees and 15 thousand animals and birds. The price of a 1.5-hour safari tour will be 220 dirhams, boat trips to the mangroves - from 146 dirhams.

Al-Ain Zoo, the largest in the Middle East, is located 150 km from the capital. It has over 4 thousand animals, including rare and endangered species. You can observe snakes, turtles, flamingos, peacocks, lions, and panthers.

Sheikh Zayed Mosque is the main attraction of Abu Dhabi, dazzles with whiteness, scope, and subtlety of decor. A great rug from Iran, the world's largest mosque chandelier, one of the 6 largest Islamic temples on the planet, and one of only 2 in the Emirates that allow non-Muslims, this place is definitely should be on your list when you visit Abu Dhabi.

If looking at the skyscrapers you are wondering what all this desert splendor looked like before oil was found in the Emirates, the answer is waiting for you in the Heritage Village. The ethnographic village recreates the life of local residents before Dubai and Abu Dhabi were flooded with skyscrapers, restaurants, and tourists. Do not build over expectations, but if you have time, the place is curious and worth a visit.

At this place, kids will find their favorite cartoon characters, fun rides, and shows. A child ticket costs 230 dirhams and an adult–395 dirhams.

There are many places of tourist attractions in Abu Dhabi. If children accompany you during trips, take them to these places. They will have amazing fun and entertainment. 360 play stations are a great source of kid’s entertainment. Never miss any chance to bring your kids to our play stations.